Time is now getting short to get all wishes on board and negotiations in New York and elsewhere are toughening. Especially the question of who the new goals should apply to is a contentious one.

Dag Hammarskjöld Foundation and UNDP invited two speakers to enlighten us in these topics. Tanja Rasmusson is working for Hillevi Engström, Minister for International Development Cooperation in the Swedish government, and Olav Kørven, Assistant Secretary General and Special Advisor on the Post 2015 agenda at UNDP. 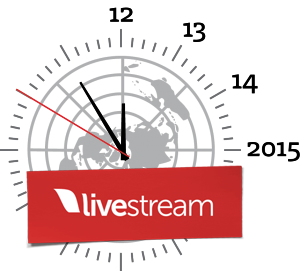 “The global challenges don’t know any country borders – we must owe our world together. The post-2015 agenda must be universal and based on common ownership. We need sustainable goals for everyone,” said Tanja Rasmusson.

She also explained that the goals need to be differentiated – not the goals themselves – but how each country to reach them. Tanja Rasmussen continued on the topic of not getting stuck in “Talk is cheap” and that we now have to “Walk the walk”:

“When we are doing the same thing at home as we expect others to do globally – only then we can be truly universal.”

Olav Kørven has a long experience working on development issues within UNDP. But he talked about how the process around the Post-2015 has seen many new solutions and taken many new forms:

The Open Working Groups is also a new type of process for the UN. About 70 formal members to the group and lot more who are sitting in on the meetings and following the discussions.

“When it comes to the substance we have already agreed to about 80%. When it comes to the old Millennium goals not much is debated – they should still be included in some way in the new agenda, such as for example education, health, good governance, job creation, climate, peace, and equality. But for the MDGs the topic of climate was a bit of an afterthought but that is something that will now have more focus, its own goal and being represented in the indicators in many more, health and green jobs for example”, said Kørven.

The topics that cause the most discussion and disagreement are governance, peace and security.

HLPF 2021: The Road to Making Equal Recovery from COVID-19 a Reality for All

UN Talks: The Role of the UN in Realising Inclusivity

UN Talks: UN Leadership on Leaving No One Behind – Perspectives from Kenya