Living in South Africa I have learned of the power of protest to push for positive change. I haven’t always seen it that way. Growing up in Zimbabwe, I was taught that taking to the streets was an unacceptable action that results in jail time.  In truth, there has never been an open, free and fair space for a young mind to question government in my country and bring about change. But many young people are fed up.

Zimbabwe has in the past two years experienced an unexpected wave of anti-government protests by brave youth seeking governance reforms in a country with high levels of poverty and an unemployment rate of 95 per cent. I am one of those young people. In 2016 I travelled home to join my peers in demonstrations where police were accused of violating human rights. This, coupled with a benighted response by the government has angered the youth of Zimbabwe who, like me, have begun to feel more marginalised and voiceless.

These protests, by both local and diaspora youth, have occurred as a prelude to the presidential elections of 2018. In the past, elections in Zimbabwe have been called ‘unfair’ and marred by political violence, and as a youth I certainly have never felt like my vote counted. I have also seen how the government has relied on youth for political survival, using them as militias during elections to intimidate voters. So, with youth taking to the streets before the ballot, both through peaceful and violent means, peacebuilding initiatives that can foster a non-violent culture in the country seem more needed than ever.

Peacebuilding needed even in countries not in active conflict

For more than three decades, Zimbabwe has gradually become a dictatorship that exemplifies the notion that the absence of war does not mean the existence of peace. And it is worrying that not much attention is paid to peacebuilding in countries that are not in active conflict within Africa. We tend to wait for conflict to take place before mitigating and resolving the root causes. Surely this deficiency is a result of our lack of understanding of the terms peacebuilding and sustaining peace.

Peacebuilding in post-colonial Africa has traditionally been conceptualised as interventions designed to prevent the start of a conflict. More recently though, the United Nations’ (UN) sustaining peace resolutions emphasise the need for peacebuilding to occur at all points of the conflict cycle, before, during and after. It stresses the need for nationally-owned solutions, and looks for a holistic approach to building peace.

What does a nationally owned solution look like in Zimbabwe? The existing reason for a protracted conflict here, like the majority of modern day African countries, is the lack of regime change. The current government has been infected by corruption and gerontocracy, resulting in shameful standards of living for the majority. This has culminated in an economic decline that has forced millions to migrate to other countries in search of better livelihoods. Those that remain are part of a ticking time bomb that may explode and plunge the nation into a civil war, almost four decades after independence.

Owing to this dilemma, I often wonder how we as youth can be leaders in voicing our grievances and championing solutions. Youth-focused solutions to the problem are needed, but this is not enough. As a young person, I have attended plenty of youth conferences, but all we seem to do is discuss issues without action being implemented on the ground. What we need, as Zimbabwean youth, is a guiding framework that we can implement locally, to avoid anarchy in our country, whilst empowering youth to become good citizens beyond protest action.

Multilateral frameworks and local programmes that can empower Zimbabwean youth

Security Council Resolution 2250  offers a guiding framework for youth engagement and empowerment through five pillars of action: Participation, Protection, Prevention, Partnerships, Disengagement and Reintegration. In the case of Zimbabwe, owing to low measures of political will, these pillars ought to be put in motion by civil society, whilst also participating in innovative projects implemented by regional and international entities such as the African Union Commission (AUC) and the UN.

Local civil society, fostered by non-governmental actors, should advocate for youth’s civic engagement by implementing programmes (in-school and out-of-school) that focus on home-grown solutions. Programmes should address the lack of skills and opportunities for youth empowerment in Zimbabwe. For instance, skills training on social-entrepreneurship is a much-needed necessity.

The African Union (AU), on a continental front, offers good examples for states such as Zimbabwe to engage youth. The Youth Volunteer Corps run by the AUC, for example, gives young people a chance to be positive contributors towards the African Union whilst gaining valuable workplace experience. This, coupled with efforts of the AGA platform to engage youth in an effort to build good governance, are activities that can be adopted locally to benefit young people throughout Zimbabwe.

International entities such as the United Nations Development Programme (UNDP) already work with the Zimbabwean government on youth empowerment. They have registered success stories such as the support offered to the Ministry of Small and Medium Enterprises and Cooperative Development. This has resulted in various youth sustaining better livelihoods through agriculture, but such strides are always overshadowed by the ever-growing cases of unemployment of graduates from Zimbabwean tertiary institutions.

On a global level, the UN within the frameworks of its sustaining peace resolutions and the UN Peacebuilding Fund’s Youth Promotion Initiative has already shown important progress. The Youth Promotion Initiative is vital as it seeks, for example, to support and strengthen innovative projects that enhance youth’s peacebuilding capacities. If only us youth in Zimbabwe could benefit from it (unfortunately Zimbabwe does not qualify for funding from the UN Peacebuilding Fund).

At times, it feels like Zimbabwe is a political island, but it isn’t and it should not aspire to become one. If only the leadership of my country could provide a platform for youth engagement and follow the examples set in motion through entities such as the AU and the UN, then perhaps the need for young people to take to the streets would be minimised. But government leadership is not enough and local grassroots’ youth initiatives are incredibly important if we are to make a difference in Zimbabwean society. Conflict can be prevented but simple steps must be taken by government and civil society to quench the thirst of the country’s young people for good governance and a better way of life.

By Muneinazvo Kujeke
Muneinazvo Kujeke is a Zimbabwean intern with the Peace Operations and Peacebuilding Division at the Institute of Security Studies in South Africa. She is currently a PhD candidate in Conflict Transformation and Peace Studies with the University of KwaZulu-Natal. She has a keen interest in youth in peace and security in Africa and is an active member of the African Youth and Governance Initiative.

Reflections on the pandemic and UN leadership 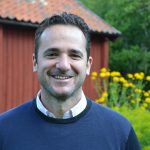 Six things I have learned about leadership during COVID-19 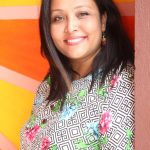 Dialogue in the midst of ‘social distancing’